How to prepare and protect your team in whistleblower situations 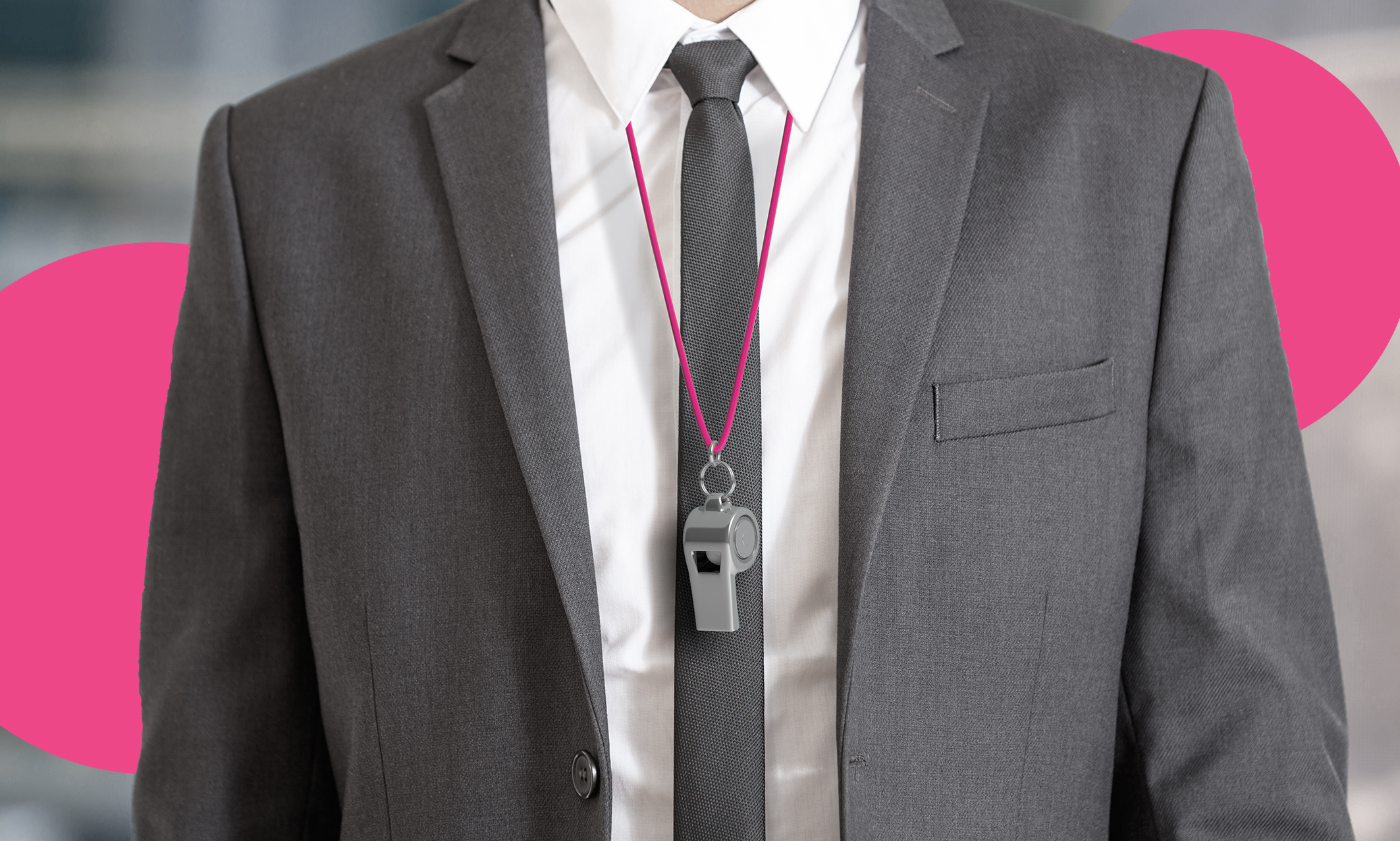 icture a game of football. The players pass the ball between each other down the pitch until- wham! One player collides with a player from the opposing team in an obvious foul. What’s the first thing that happens next?

The referee blows his whistle, of course. The act of blowing the whistle is a signal that wrongdoing has taken place in the context of clear rules. It’s this same act that is symbolically referenced when we talk about organisational whistleblowing.

Organisational whistleblowing involves one or more individuals (typically an employee) calling attention to wrongdoing such as fraud or a toxic culture within an organisation. They may make a report or disclosure privately within the organisation, or take it public by approaching an external body such as the police or corruption watchdogs.

Too important to ignore

Whistleblowing has had a long and colourful history. It has steadily gained notoriety in the past few decades thanks to high profile cases such as leaks of US government documents by Chelsea Manning and Edward Snowden, fraudulent practices by Enron and the Panama Papers from Mossack Fonseca.

Whistleblowing can result in severe reputational damage, or even bankruptcy as in the case of Enron, for businesses who are exposed for issues such as fraud and corruption. Governments around the world have encountered significant embarrassment and political or diplomatic crises from leaked documents and whistleblowing reports, such as in the Australia-East Timor spying scandal, or the Trump-Ukraine Scandal.

As such, whistleblowers are sometimes seen as troublemakers, and various whistleblowers have faced prosecution for their actions and the exposure of their identities.

Why your organisation should embrace whistleblowing

In reality, “Whistleblowers play an important role in identifying and calling out misconduct and harm to consumers and the community.” (ASIC, 2020). Whistleblowers have exposed considerable and consequential unlawful conduct around the world and held wrongdoers to account.

Whistleblowing does not need to be a messy, public affair. Some companies that have faced exposure for wrongdoing as a result of an internal whistleblower have been found to have ignored one or more internal reports from employees attempting to call attention to malpractice. Listening and responding to these reports could have prevented the embarrassment and damage that eventually occurred from ignoring the report.

In 2019, Australia expanded the existing legal rights and protections for whistleblowers to encourage them to come forward with their concerns. Many organisations are now required to have clear policies on Whistleblowing under the expanded Corporations Act (2001), and there are a number of details that must be included in such policies. You can check if your organisation is required to have a whistleblowing policy here.

How to prepare and protect your team

Even if your business is not legally required to have a policy on whistleblowing, it is highly recommended. Such a policy can help elucidate what situations may be applicable for whistleblowing, who within the organisation structure may receive a disclosure and how to handle a disclosure in a way that is legal and beneficial to the individuals involved.

However, there is little use in having a policy if your workforce is unaware of its existence, or unclear in how it operates. It is rarely enough to simply email the new policy around and expect team members to read it closely and interpret it correctly. Dry legal documents rarely make for engaging reading, increasing the likelihood that people will put it away for another time, leaving your organisation in a potentially risky situation.

Possibly the most simple and yet effective solution for rolling out new policies is through a short and punchy learning experience. HowToo has developed a ready-to-go module on whistleblowing. This module has been designed by learning experts to make the topic clear and interesting using relatable scenarios.

You can purchase and integrate this module with your existing LMS at any time. You can also match it with a HowToo subscription to personalise the module for your organisation and rollout updates quickly and easily.

To find the perfect solution for your organisation, just get in touch to start a conversation.

The Cost of Stress in the Workplace

5 Ways to build Creativity in the Workplace