What is the future for Augmented Reality and Learning? 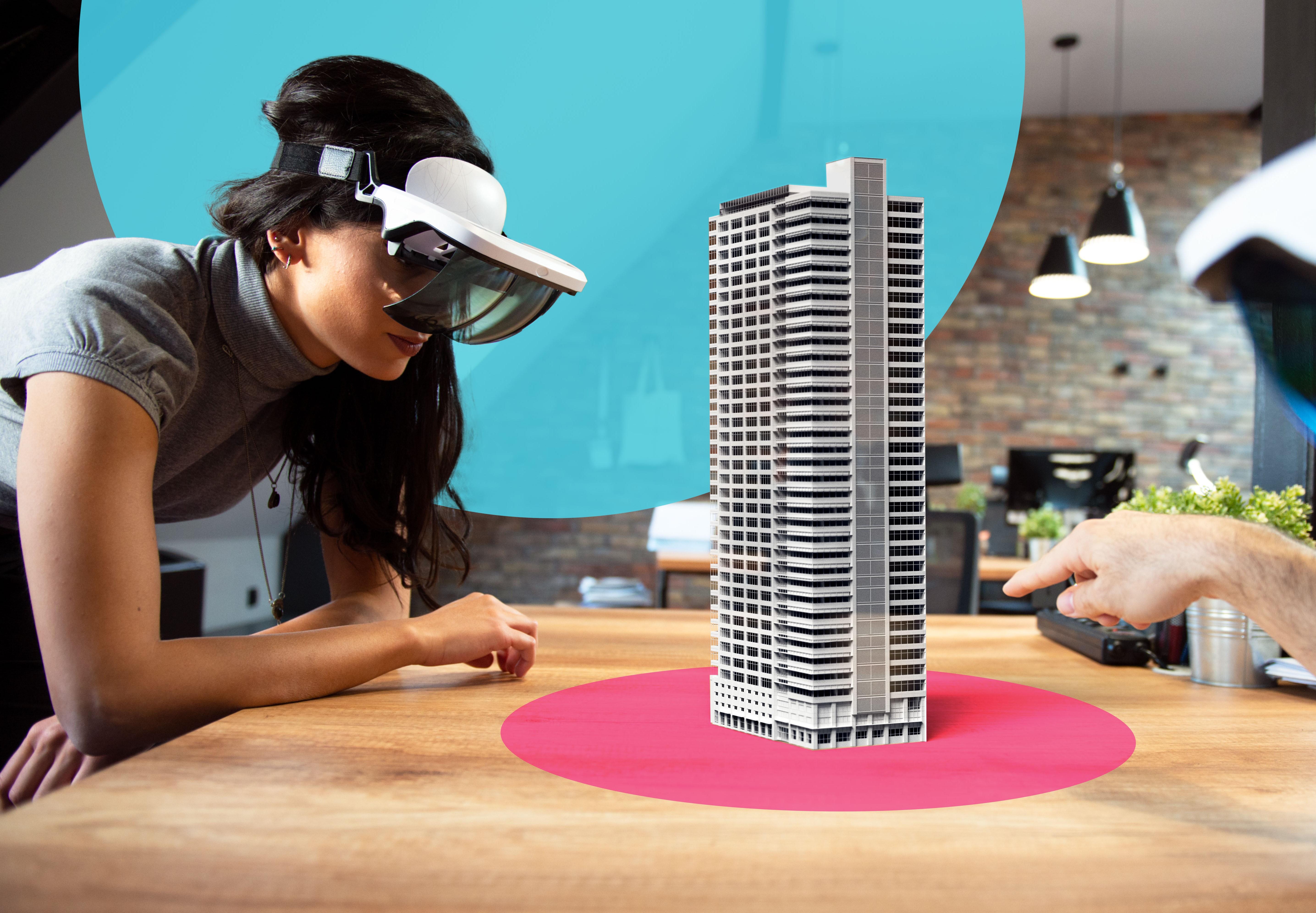 R, VR, AI - there are plenty of mind-boggling acronyms out there, all with various claims to transforming the future of learning. Of them, Augmented Reality (AR) is perhaps the least understood and explored, despite being one of the more accessible and deliverable technologies of the three. In this blog, we’ll make it easy to understand what AR is, and explore possibilities for its future use in the digital learning landscape.

AR stands for Augmented Reality. AR uses technology to enhance a real-world environment. Whereas VR (Virtual reality) seeks to replace everything the user sees, AR most often uses a device with a camera, gyroscope and screen (like a phone or tablet) to overlay a live, responsive view of the surrounding environment with additional information that is usually interactive.

AR burst into the collective consciousness with the advent of Pokemon Go. The downloadable game app took the world by storm in 2016 as it employed AR technology as a core aspect of the gameplay. Using the phone’s camera, the app caused Pokemon (small, cute monsters) to “appear” in the nearby environment for the user to capture. The technology responded to movement, allowing users to walk towards or away from the Pokemon, or to look away by turning the camera to have the Pokemon disappear off the side of the screen. The game also responded to the users geographical location, with more Pokemon appearing near real-world landmarks, or more water-themed Pokemon appearing near real-world lakes, rivers and beaches.

Why was Pokemon Go so popular?

By the time Pokemon Go was launched, the Pokemon franchise had already enjoyed a long and successful franchise of games tied to handheld gaming consoles. However, these games all inherently confined the rich world of Pokemon to a small, two-dimensional screen. By using AR, Pokemon Go was able to visibly merge the world of Pokemon with our own by layering one over the other. The experience was uniquely delightful and engaging, offering a new way to experience familiar environments and discover “hidden” aspects. These elements of surprise and discovery also encouraged users to explore new locations.

In 2020, HowToo was a partner on a University of New South Wales student project. The project explored how digital learning modules can disconnect learners from their physical learning environment during the learning process, which “may result in lower retention of the desired [learning] content” (Jamie Vincent, 2020).

In response to this finding, the project developed a prototype AR learning module that sought “to connect disability services personnel to their care environments, specifically for training in safety procedures regarding syringe disposal” (Jamie Vincent, 2020).The prototype module allowed disability carers to move through their workplace and use their mobile devices to discover syringe disposal units overlaid with interactive location pins. Scanning a QR code on the unit would allow the carers to learn about critical disposal procedures and observe visualisations such as the degree to which the container may be filled. The interaction concludes with a video containing additional information.

The project demonstrated a successful implementation of AR in a learning context. It effectively employed elements of exploration, discovery and interactivity to produce an engaging learning module that connected disability carers to their physical environments and thereby create more meaningful learning experiences.

Already, key benefits and opportunities are emerging for AR technology in the digital learning field. Three of the clearest include possibilities around complex training, gamification and learning retention.

Augmented Reality offers a far richer form of learning than traditional digital methods. By allowing additional information to be laid over a real environment, AR training modules offer greater opportunities for experimentation and experiential learning with strong control over their environment and purely simulated consequences. This encourages curious learners to engage in safe risk-taking and explore ideas that may otherwise be out of bounds.

As Pokemon Go and other app-based games have shown, AR is genuinely fun to use. The elements of exploration, discovery and collecting are critical mechanics for games, making AR a natural fit for gamified learning. Gamified learning has been a popular technique in digital learning for a considerable amount of time now, as it is highly motivating and engaging for learners.

AR is a naturally active and engaging method of learning. AR training requires the learner to look and listen as well as physically move and interact with their working environment. As HowToo’s partnership on the UNSW project demonstrated, this enabled greater connection between the learner and their working environment, which can improve learning retention. It also engages multiple learning styles and areas of the brain, further contributing to greater participation, engagement and learning retention.

Believe it or not, AR has been around since 1968, when the first AR head-mounted display was developed at Harvard. Yet it took another 48 years since Pokemon Go made AR a household acronym, and while more AR apps have been released since, none have reached the same level of popularity or ubiquity. So what’s holding the technology back?

Unlike VR, the answer is not found in the availability of hardware. While VR sets remain costly and bulky, AR requires only a small handheld device found in most people’s back pocket - a smartphone. However, both AR and VR face a software challenge. AR modules are difficult to develop, requiring significant programming skills. What modules are developed are custom made at great cost, as there is currently a lack of tools for developing AR modules in education.

While AR evidently offers a number of learning advantages including engagement, experimentation and retention, these advantages are not inherently guaranteed. In fact, there is a chance that the learning may in fact be poorly achieved or retained if learners are too distracted by flashy animations and interactions. It is critical that when designing AR interfaces and interactions for teaching modules, appropriate learning scaffolds are employed so that the needs of trainers and learners are met.

AR also faces a considerable challenge to be accessible for all learners. As most AR is dependent on the visual effect of overlaying a camera feed with visual elements, AR can be exclusive and ineffective for visually impaired individuals. As a new and complex technology, it may also exclude intellectually impaired individuals without the correct support.

The future of AR in learning

The future of AR in learning is not yet fixed. The uptake has been slow and ad hoc. This may be partly attributed to the difficulties posed by its development, however another significant culprit should be found in the deficit of research and investment in AR, particularly for learning.

Thus, the creative applications of AR have yet to be fully explored or implemented. With more effort and attention, AR has a chance to be the source of incredibly rich and enjoyable learning experiences. With the technology currently underutilised, organisations have a chance to be trailblazers in learning design and technology.
‍

Gamifying empathy with an emotional chatbot

3 Reasons To Use Games In Workplace Learning and Training