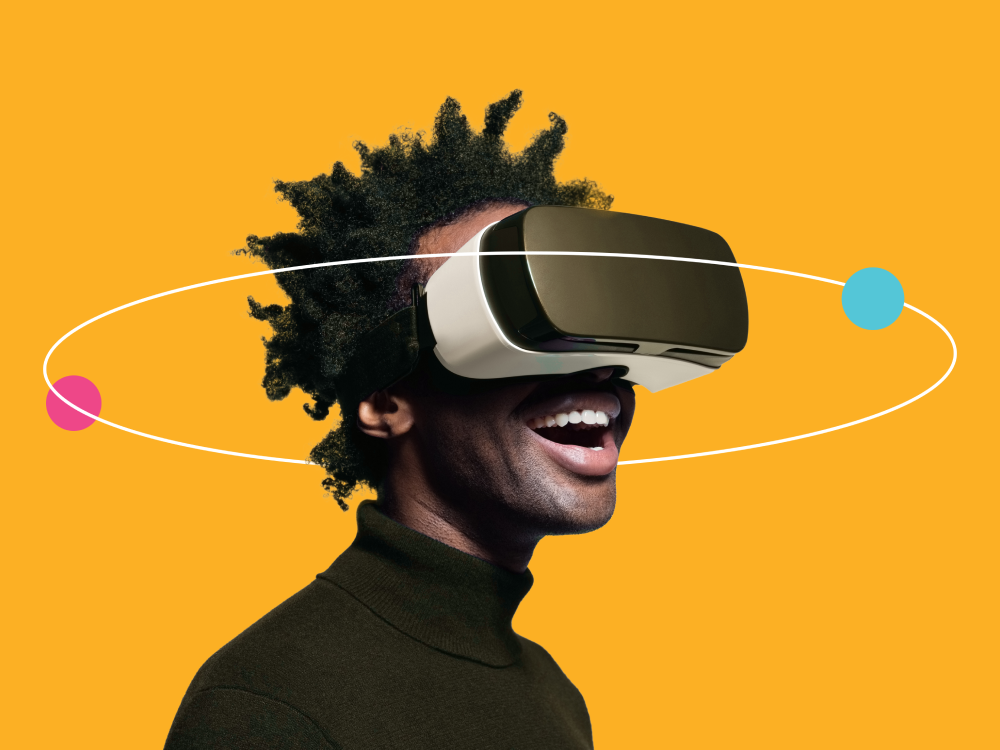 ugmented and virtual reality have been hot topics for years in the world of training. The two technologies regularly make it onto trends lists for the L&D industry.

It’s no surprise either. AR and VR have the potential to deliver training with unparalleled engagement and retention for learners. Immersive, interactive experiences? Who wouldn’t sign up?

Admittedly, the “explosion” has been more of a slow burn. The expense of equipment has certainly put a dampener on development, and the challenge of developing AR and VR programs even more so.

However, this slow burn may be speeding up. The cost of VR sets are rapidly falling, even as the technology improves, with cumbersome computer connections and dedicated spaces no longer required.

Safety training is one area in which AR and VR both have huge potential for improving training outcomes.

Virtual reality training has seen significant uptick and investment from enterprises capable of investing in the hardware in the past few years.

Virtual reality is  well known for improving learner engagement through heightened focus and emotional connection to the training material. More importantly, it allows learners to safely explore situations that are too dangerous, costly or logistically nightmarish to replicate for training purposes. These situations are often the primary target for safety training.

VR environments can also allow learners to experience what happens when things go wrong. This could be simulated in a number of ways, such as:

More recently, VR has expanded into the realm of soft skills training. As the technology has improved, it has opened up the possibilities for branching scenarios and decision making programs. By experiencing simulated unsafe situations, accidents and crises, learners can practice delivering a calm and collected response.

AR training has often received less attention compared to VR training, perhaps due to it’s more nuanced nature. Nevertheless, there are a wide range of opportunities for AR in safety training and it’s prevalence is increasing.

In 2020, HowToo was a partner on a University of NSW student project that explored the use of AR for safety training in disability services environments. The project developed a prototype AR learning module that sought “to connect disability services personnel to their care environments, specifically for training in safety procedures regarding syringe disposal” (Jamie Vincent, 2020).

The prototype module allowed disability carers to move through their workplace and use their mobile devices to discover syringe disposal units overlaid with interactive location pins. Scanning a QR code on the unit would allow the carers to learn about critical disposal procedures and observe visualisations such as the degree to which the container may be filled. The interaction concludes with a video containing additional information.

The project demonstrated how AR can be used to create engaging learning experiments that connect workers to their environment for more meaningful learning experiences.

AR and VR training must be intentional

Do you remember watching Avatar (2009) in 3D in cinemas? Over ten years later, I can still vividly recall my wonder and amazement at seeing the elements on the screen rush towards me.

Avatar was hardly the first 3D film, and a plethora of films attempted to jump on it’s popularity by adding 3D elements in their post-production. But all too quickly, films released in 3D dried up and became distant memories. What happened? And what does this have to do with AR and VR training?

Avatar was filmed in 3D, with a 3D-first mentality. This mentality shaped the way that the scenes, camera angles and movements were all designed. The result was an organic, enjoyable and memorable experience for viewers.

Other “3D” films from the same time were in fact filmed in 2D, with 3D effects added in post-production. This resulted in random objects suddenly and unexpectedly jumping from the screen, with little rhyme or reason behind it. With such awkward and forgettable experiences, it’s no wonder 3D films died a quiet death.

The lesson was clear: when created with intention, a 3D film could be a standout experience. Any other last-minute approach was doomed to failure.

Creating training in AR and VR is the same: it must be done with intention. Creating AR or VR training because the concept is buzzy, or other people are doing it, or simply for the sake of it will result in an expensive failure. Created with intention, it can be a spectacular success.

AR and VR are unique mediums for training, with their own advantages and disadvantages. Both AR and VR are incredibly spacial by nature, employing a full 360 degrees of focus and interactivity.

Therefore, teams looking to create training in AR or VR need to start at the drawing board, with the unique offerings of AR and VR shaping every aspect of the development of the training from the beginning. Attempting to convert existing training from a face-to-face workshop or eLearning modules to AR or VR is likely to hamstring the project fully embodying the new medium.

Augmented and Virtual reality both have enormous potential in the safety training space. Both mediums open up opportunities for engagement through heightened connection, interactivity and embodiment of the training content.

Furthermore, the use of AR and VR training is likely to increase over the next five years as both the hardware and software become more widely available.

How to build and improve a safety culture

How to foster responsibility for cyber security in your staff

Safety training courses for every type of business