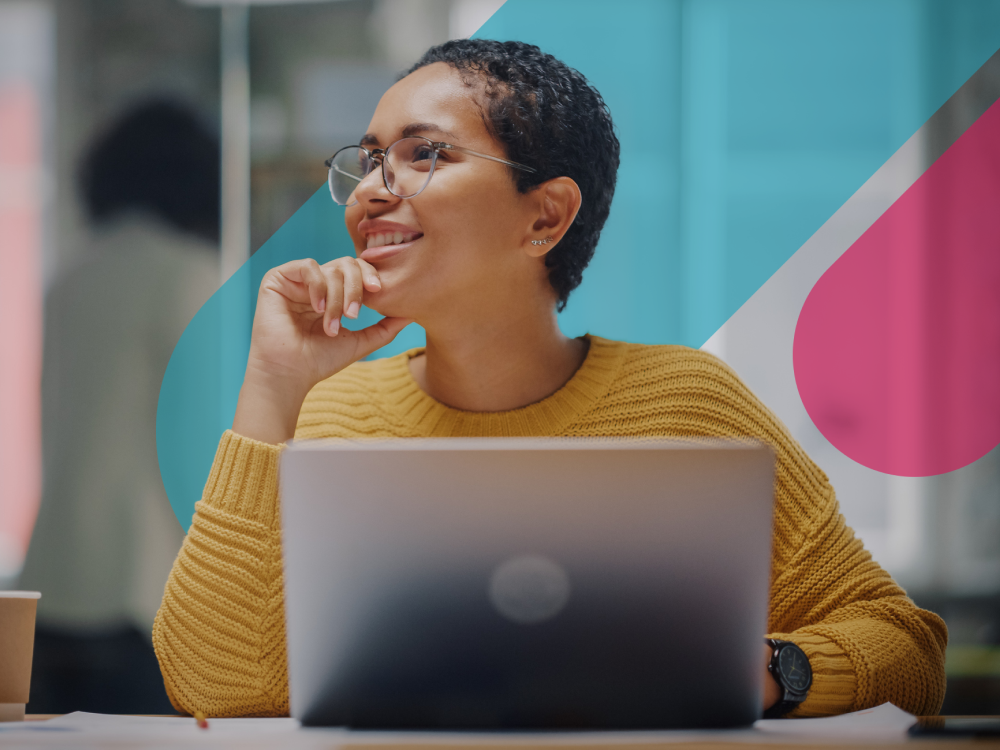 ave you ever gotten towards the end of a training project, only for your client or manager to suddenly turn around with feedback that will require hours, days or even weeks of revision?

Unfortunately, it’s not that uncommon.

Fortunately, it doesn’t have to be! As the Successive Approximation Model (SAM) of instruction design shows, with the right approach and methodology, last minute, world-ending feedback can be avoided.

Keep reading to find out how it works, and to see how one company incorporated elements to achieve efficiency improvements of 30-40% in their eLearning projects.

When was the SAM approach created?

The SAM approach was designed by Dr. Michael Allen and introduced to the world in 2012. Since then, it has become one of the better known alternatives to the most common approach to instructional design, ADDIE (standing for Analysis, Design, Development, Implementation, Evaluation).

What is the Successive Approximation Model (SAM) approach?

The Successive Approximation Model (SAM) is an agile, iterative approach to carrying out learning design projects. It prioritizes creating multiple quick, rough prototypes very early in the design process, then returning to improve on these prototypes in successive rounds of design and development.

Similar to ADDIE’s Analysis phase, and crucial to any instructional design project, the preparation phase is about gathering information about the project, such as:

And more. This phase is intended to be much quicker than ADDIE’s Analysis phase and may skip time-consuming tasks such as gap analyses or broader strategy discussions.

The iterative design phase begins with the all-important “Savvy Start”, one of the hallmarks of the SAM approach. The Savvy Start is a session in which every member of the project, including learning designers, graphic designers, project managers and even SMEs and learners, are gathered together in a brainstorming session.

The purpose of this brainstorming session is to produce a minimum of three rough prototypes of the final project, with the focus strongly on possibility over perfection, and breadth over depth. Each prototype should only be as functional as it needs to be to show how it could be developed further.

These prototypes might look like rough sketches, storyboards or maps and typically are not interactive. Instructional design guru Devlin Peck describes this process as promoting “divergent thinking” and encourages teams to consider “Why shouldn’t we do this?” for every prototype.

From here, the team should undertake multiple rounds of further design, prototyping, and review, with each round delivered quickly to gather feedback and move closer towards a final design.

The final phase of the SAM approach is iterative development, in which the team develops several fully functional solutions, each better than the one before. Allen splits these developments into three categories:

Like the Iterative Design phase, the Iterative Development phase is circular, moving through multiple repetitions of evaluation, development and implementation, and possibly even returning to the iterative design phase. As such, there may be more than one Alpha, Beta or even Gold version of the project.

Strengths of the SAM approach

The primary strength of the SAM approach is in its focus on rapid prototyping. These rapid prototypes allow the client to visualize ideas and provide feedback from the beginning of the project.

Many traditional, linear approaches to project development require clients to sign off on project specifications and requirements while they are still abstract, that is, without seeing any visualizations first. As a result, clients may face a rude shock months into the project when the first beta project is nothing like what they expected, or is obviously the wrong solution to the problem.

Another benefit of the SAM approach is its insistence on building multiple different prototypes before moving forward with any one option. This can lead to highly creative, out of the box solutions.

Weaknesses of the SAM approach

The SAM method does have drawbacks that may not make it right for every team or project.

The process of quick prototyping and iterations is not suited to certain software platforms that have been traditionally used by instructional designers and developers, such as authoring tools like Articulate Storyline, or Adobe Captivate. These technologies are simply too time consuming to create rough iterations with, and lack easy-to-use storyboarding tools.

Instead, SAM is better suited to newer, rapid authoring tools such as HowToo that feature visual storyboarding tools, pre-built interactions and fast creation.

As a result, some clients may struggle with adopting new technologies, and may also struggle with SAM’s slightly chaotic and highly involved methodology.

The SAM approach is often held up as a comparison or competitor to the ADDIE approach to Instructional Design. In fact, it’s creator Michael Allen introduced the approach in his book titled “Leaving ADDIE for SAM: An Agile Model for Developing the Best Learning Experiences.”

The primary difference between the methods is that the ADDIE approach is a linear, or “waterfall” approach to instructional design, in which each of the five steps must be completed in order before progressing to the next stage.

By comparison, SAM is an iterative, or “agile” approach to instructional design, whereby steps are frequently returned to and repeated in circular patterns or progress until the desired outcome is achieved.

One approach is not necessarily better than the other - rather, they might suit different teams, with different sized clients.

The ADDIE approach can be better suited to large projects and clients whereby progressive sign-offs are unavoidable or clients insist on using traditional technologies that cannot keep pace with agile development.

The SAM approach may be better suited to smaller teams and projects that can thrive off a less structured and more adaptive style of working, and are open to using newer, more flexible technologies.

With such a radically different approach to development than many instructional designers may be familiar with, it can feel hard or even impossible to start practicing the Successive Approximation Model.

However you can pull elements of the SAM approach into your current practice to start reaping the benefits without taking the entire plunge, as the following case study shows.

Savv-e is one of Australia’s foremost learning design agencies, winning well over 50 awards in its 20 year history and completing projects for Australia’s largest companies.

For many years, Savv-e followed a traditional, waterfall style approach to learning development, in line with the expectations and requirements of its clients. Like many agencies, project milestones and billing checkpoints were an essential, mutual way of working.

Projects would begin with workshops to lock in the scope and specifications of the project, before moving to a blueprint phase, where a content skeleton would be signed off. Storyboarding was conducted in Microsoft Word, which would require all the content to be recreated in an authoring tool once it was signed off.

However they began to notice the drawbacks of these linear approaches. “No one has a clue what they want in the requirement phase,” shares project manager Sheena Anil. “They have an idea, they're trying to visualize it, but they don't really know until they see the first designs in the beta phase. They might give feedback that requires your team to repeat days or weeks of work to fix the project.”

Another problem was the linear, successive model meant that some team members, such as graphic designers and animators, weren’t included until late in the project, after the content and storyboard had been signed off. “They might look at what the learning designer has proposed and be completely blindsided. Some things might not even be possible, but it’s already been signed off.” Anil admits. “It’s chaos. You have to go back, redesign components and get sign off from the client all over again.”

As a result, Savv-e began to explore ways to introduce agile methodologies to its design and development process without completely doing away with the sign-offs that are essential for their clients.

They started by identifying phases that could be completed concurrently, instead of sequentially. Instead of delivering static mockups with placeholder graphics, they introduced prototyping earlier in the process.

“Instead of JPEGs, we’re delivering a working model that the client can interact with and see how it functions,” Anil explains. “We’re able to get critical feedback much earlier in the process as the client looks at their project for the first time.”

Using HowToo as their authoring tool of choice has made prototyping quick and easy for Savv-e. Designers can quickly assemble a prototype with pre-built interactions, even including a small number of proposed graphics. This has led to a huge 30-40% increase in the team’s efficiency across the project.

"We don't want to give them the full picture at an early stage - it's a waste of effort. Instead, we show them a piece at a time, gather feedback, iterate, then deliver a little more."

Unfortunately, they can’t use this approach for every project. “This doesn’t work with (Articulate) Storyline,” Anil says. “It’s too difficult and time consuming to build the interactions when they might not be used.”’

Another advantage of HowToo is its easy-to-use, visual storyboarding tool. This allows the Savv-e team to design their storyboards and gather feedback directly in the tool, instead of building them in Microsoft Word, then transferring them after sign off. This allows the team to skip an entire step, with huge time savings.

"We can seamlessly move closer and closer towards the final product at each stage, while still appearing to take a linear approach for our clients."

Another major change they have implemented is involving every team member in the project kickoff session, similar to the SAM approach’s Savvy Start session. While traditional methodologies may assume this wastes the time of individuals who would usually only join later in the project, it has seen a big payoff for Savv-e.

“Everyone can ask the right questions from the beginning,” Anil points out. “This has helped us avoid major pitfalls we might not have spotted otherwise.”

Overall, incorporating agile practices into your design and development process can lead to enormous increases in efficiency and flexibility. The payoff is shorter project times, better outcomes, happier teams and happier clients.

And if you’re interested to see how an authoring tool like HowToo could support your shift, you can explore it completely free on the Starter Plan.