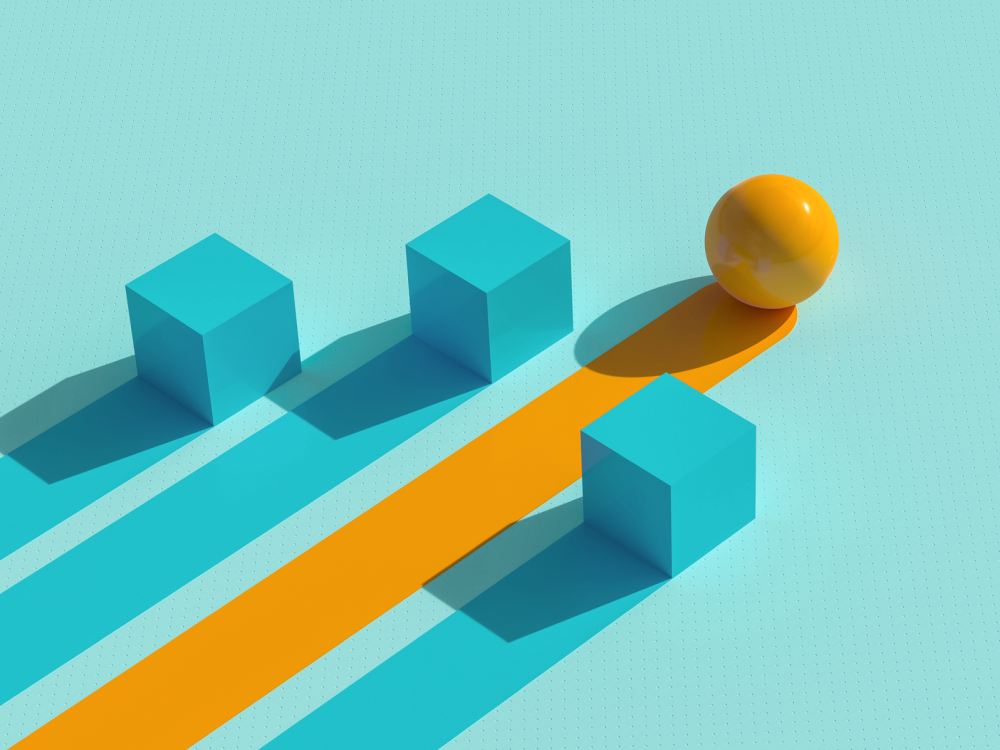 ver wondered if there’s a better way of running an instructional design project?

Or maybe you’re new to the field and just wondering “How do I run an instructional design project?”

Whether you’re a pro looking for an alternative, or a fresh face looking for the lay of the land, here are four approaches to organizing and executing an instructional design project from start to finish.

ADDIE is the most commonly used approach to project development in the learning and training industry.

ADDIE is an acronym standing for the five stages of the approach:

ADDIE is a linear approach to developing projects. Each stage is completed and signed off before moving to the next stage with no plan to return to earlier stages.

While this structure can easily align with project payment milestones for freelancers and agencies working with clients, it can also result in devastating setbacks if the finished project doesn’t match the client’s expectations. With a lack of any prototyping phase, this can unfortunately occur all too often with the ADDIE approach.

Agile ADDIE is an approach developed by HowToo’s sister agency, Savv-e. After 20 years of employing the traditional ADDIE approach, the team found the strict, waterfall style methodology to be too rigid and constricting.

“No one has a clue what they want in the requirement phase,” says project manager Sheena Anil. “They have an idea, they're trying to visualize it, but they don't really know until they see the first designs in the beta phase. Then they might give feedback that requires your team to repeat days or weeks of work to fix the project.”

Taking inspiration from agile methodologies used by the software industry, Savv-e began innovating on the ADDIE approach by adding iterative and overlapping elements to the stages.

First, they introduced a prototyping stage early in the design process. Instead of providing the client with static (non-interactive) mockups with placeholder graphics, the team delivers 3-5 working pages of a course. This is made possible by how quick and easy it is to create new pages in HowToo, their authoring tool of choice. These prototypes allow clients to see, feel and interact with a portion of the product much sooner, enabling feedback and iteration much earlier in the process.

Secondly, instead of storyboarding courses in Word documents that would need to be transferred to the authoring tool later, they began storyboarding directly in HowToo. HowToo’s page templates and visual storyboarding tool makes this step possible, thereby cutting out a huge amount of wasted time.

Lastly, designers and producers are involved much earlier in the process, instead of being confined to the development stage. This allows them to identify potential issues in the design brief before it is signed off.

The Successive Approximation Model has risen in popularity in recent years as an agile contender to ADDIE. It takes a radically different approach to project development.

SAM is characterized by its rapid prototyping and constant iterations. Following a preparation phase of gathering requirements, SAM projects begin with a “Savvy Start” session, in which multiple different prototypes are quickly mocked up and compared for strengths and weaknesses.

From there, one or a mix of prototypes is selected for development. Then begins a phase of review, design and prototyping that continues iteratively until a final design is settled on.

The final phase acts on a similar cycle, but this time producing fully functional courses. Three or more iterations of the final product are produced: an Alpha, Beta and Gold version. The Gold version represents the final version of the solution.

The SAM approach allows for feedback incredibly early in the project, and the focus on producing many different versions can activate a vibrant creativity and lateral thinking. However, some teams may find the approach too chaotic, and too difficult to match to project milestones.

The Dick and Carey Systems Approach Method hasn’t seen the same popularity as ADDIE or SAM, but still represents a solid option for instructional designers.

With ten outlined steps, it is perhaps the most involved option. Steps one to four outline different elements of analysis of the business, learners and instructional goals.

From there it moves into three steps of development, beginning with developing assessments, then returning to develop an instructional strategy and materials.

The final three steps introduce rounds of evaluation and revision of the project. Unfortunately, these steps may come too late to prevent major reworks if the developed solution fails to meet expectations.

Instructional designers new to the field may find Dick and Carey’s detailed process helpful, but more experienced teams may find it a little tedious, with the lack of a prototyping step early in the process resulting in costly delays.

Every instructional design project approach has its strengths and weaknesses. You might find that ADDIE’s straightforward, methodical approach appeals to you, or that SAM’s iterative, prototype-heavy approach sounded like a dream come true.

Whether you felt there was a clear winner or not, no doubt some trial and error will be involved in finding your perfect match!